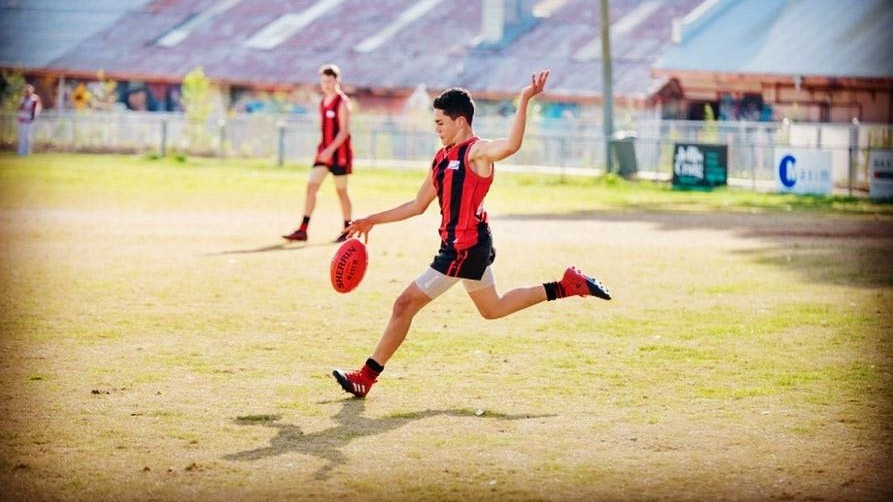 In the lead up to the 2021 NAB AFL Draft, AFL Talent Ambassador Kevin Sheehan is releasing a list of the drafts 'Top Prospects' every Thursday in different positional groups.

Sheehan will profile all 126 of the boys invited to the 2021 Nab AFL Draft Combine in the lead up to the event to be held on Wednesday November 24 and Thursday November 25.

To recognise the important role that community clubs play in developing our elite talent, AFL Victoria is releasing a Victorian focused list each week with accompanying photos of the prospects at their local clubs.

The NAB AFL Draft is part of the NAB AFL Rising Stars Program, which supports grassroots players and football communities and helps young Australians fulfil their dream of playing in the AFL.

All information on the 2021 NAB AFL Draft can be followed through the AFL Draft Hub at www.afl.com.au/draft.

Left-footed small forward who is dynamic around goals, using his elite agility and speed to great effect to find space and convert. As well as that goal sense, he also brings energy, pressure and a sharp competitive edge, not unlike Western Bulldogs rising star Cody Weightman. His skill set and potential was to the fore in a five-goal performance for Victoria Country in a trial match against Victoria Metro this year. Overcame an ACL injury in 2019 to return to full fitness and form this year, playing five matches with the Dandenong Stingrays and averaging 17.6 disposals, 3.4 tackles and 0.8 goals per game. He was also selected in the NAB League Team of the Year. Strong performer in the 2km endurance run with a time of 6:19min (Strava tested) as part of the 2021 NAB AFL Draft Combine program. 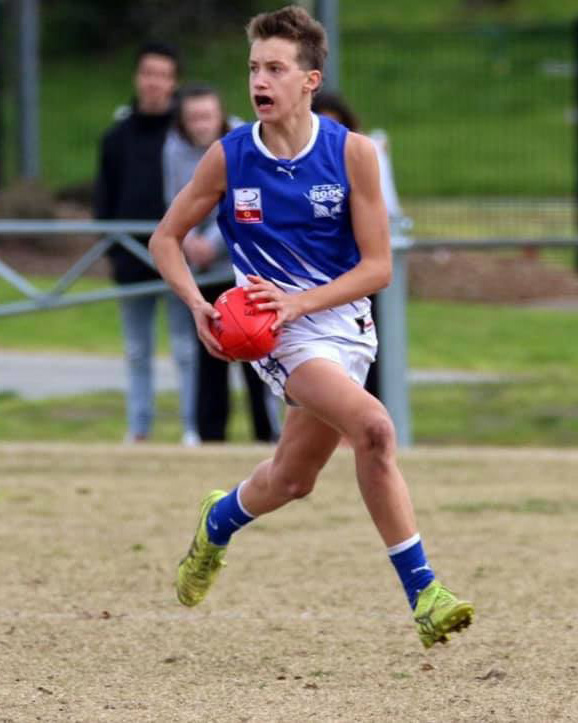 Judson Clarke in the Blue and White for East Ringwood

Hard-edged small midfielder/defender who is extremely strong in the contest with elite, quick hands and vision. An All-Australian at under-16s level in 2019, he draws comparisons to Collingwood star Taylor Adams. He is a member of the Pies' Next Generation Academy with his mother born in Lebanon. Has represented both Australia at under-18s level and Victoria Metro at under-19s level this year and played consistently with the Oakleigh Chargers, averaging 15 disposals (10 contested) across seven matches. Tested soundly for endurance recording a 6:32min time in the 2 km time trial (Strava tested) under the draft Combine program.

Small forward/midfielder who was scintillating in the NAB AFL Under 16 Championships in 2019 for Victoria Country, averaging 26 disposals and winning its MVP as well as the overall division one best-and-fairest award. 12 months earlier he was in the Australian U17 soccer squad and had been offered a scholarship to join Melbourne City. As an Australian Football forward, he has some of Giants star Toby Greene's dazzle - explosiveness, competitiveness and strength overhead. He's also a crafty forward, kicking six goals against the Northern Knights, and averaging 2.8 goals in his four matches for the Murray Bushrangers this year. A member of the NAB AFL Academy over the past two years, he represented Australia at under-18s level against Geelong's VFL team, and then showed a glimpse of the future, representing Victoria Country against Victoria Metro to be one of his team's best, winning 20 disposals and kicking a goal. Chosen in the NAB League's Team of the Year for his performances across all levels. 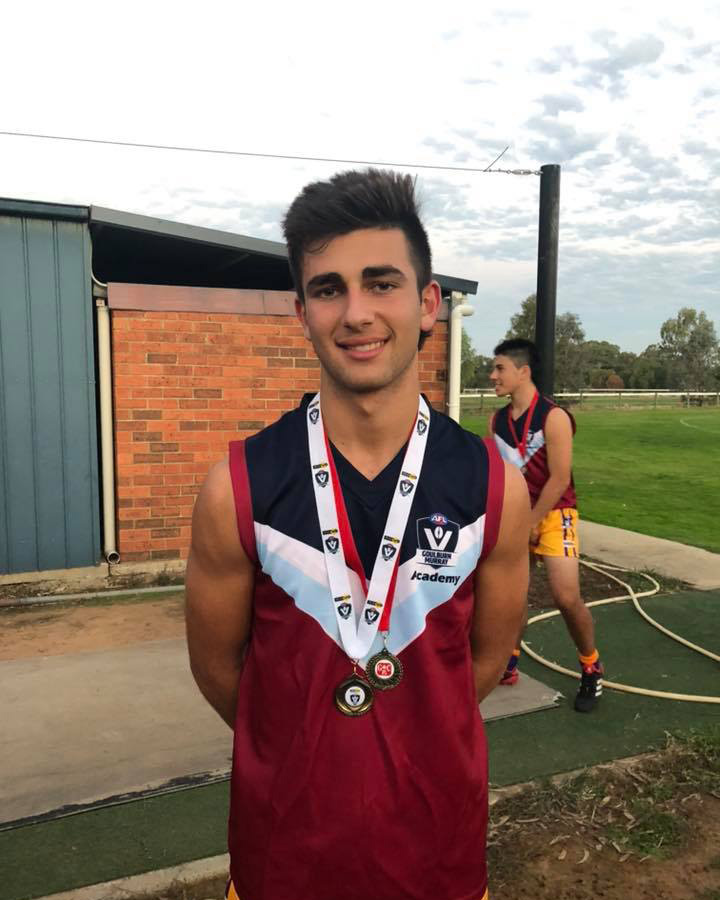 Small midfielder/forward who runs hard all day and can find space, but is also good in tight with his clean hands and contested ball-winning ability. His workrate and endurance are real assets and helped him set up an impressive season with the Eastern Ranges, averaging 22.6 possessions (10 contested), as well as representing Victoria Metro at under-19s level where he showed that goals from 50 metres out were also in his repertoire. Had a taste of VFL football, playing for Richmond during the year. His overall game resembles Brisbane Lions star Jarryd Lyons.

Small midfielder with rare footy smarts and clean hands, making him a stoppage star. His dazzling speed and polished step through traffic out of the centre has drawn comparison to Richmond captain Trent Cotchin. His disposal on both sides is another point of difference. Was Victoria Metro's MVP and earned All-Australian selection in the under-16s in 2019. He started the season well with the Eastern Ranges, playing five matches, averaging 23 disposals (12 contested), and a goal a game, as well as being eye-catching in his only game for Box Hill in the VFL with 22 disposals and two goals. Another member of the NAB AFL Academy, bone bruising to his knee curtailed his year before the shutdown. He was rewarded, however, with a NAB League Team of the Year selection. 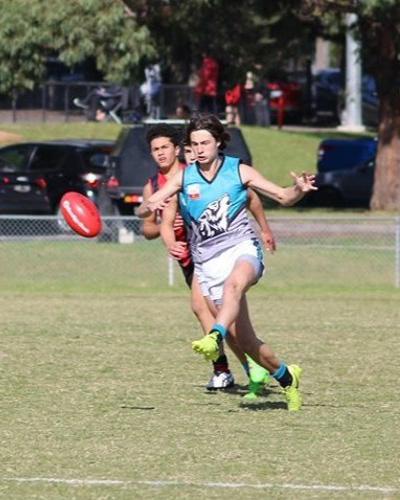 Tyler Sonsie on the run for the Lysterfield Wolves

Small midfielder who is very composed and looks self-assured in winning and using the ball to his team's benefit both through the centre of the ground and up forward. Capable of hitting the scoreboard when playing midfield by using his footy IQ to get into dangerous spots and convert. Had an excellent year - that included representing Victoria Metro at under-19s level - averaging 26 disposals (10 contested) at 71 per cent efficiency. He won the Cannons' best-and-fairest award and selection in the NAB League's Team of the Year. 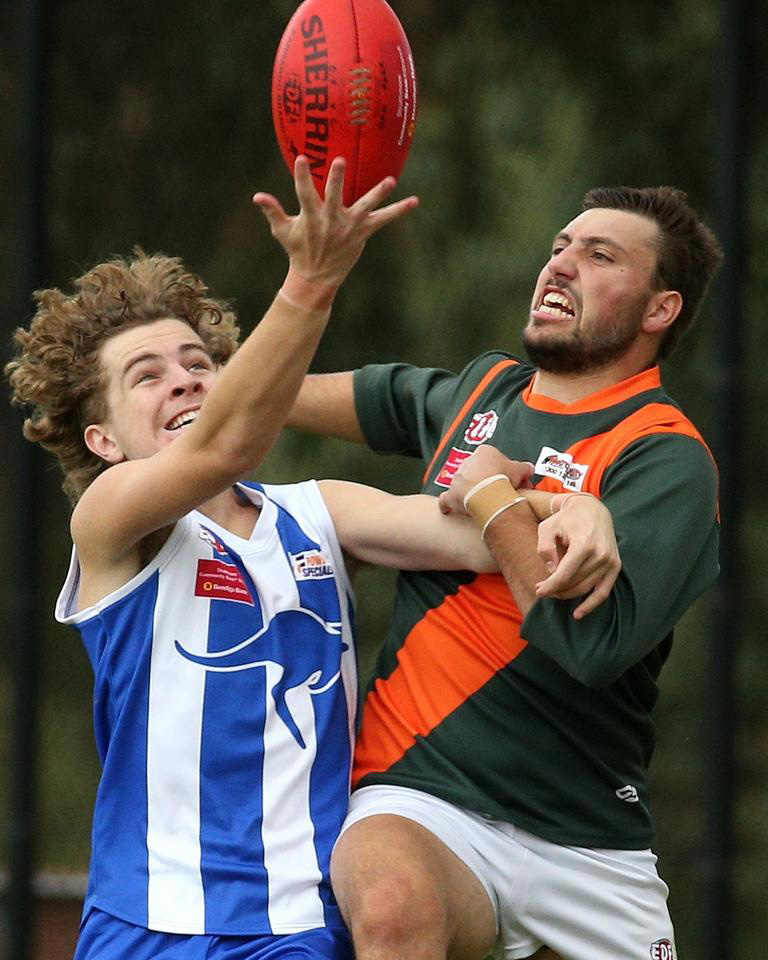 Zac Taylor wins the contested ball for Oak Park
Josh Ward
Community Club: Fitzroy FC
State: Victoria (Metro)
Height: 181cm
Weight: 74kg
Date of Birth: 17/08/03
Left-foot small midfielder who showed all the traits this season of an emerging future star. Uses his elite endurance and footy smarts to win the ball, then shows poise and sharp vision to use it in an elite fashion by hand and foot. His natural leadership, running capacity and prolific ball-winning ability compare to Carlton's young superstar Sam Walsh. He imposed himself on five matches with the Northern Knights, averaging 30.2 disposals (11.6 contested), and had 29 disposals in the NAB AFL Challenge match for Victoria Metro against Victoria Country in July to be one of the best afield. Capped off his year being named captain of the NAB League's Team of the Year. 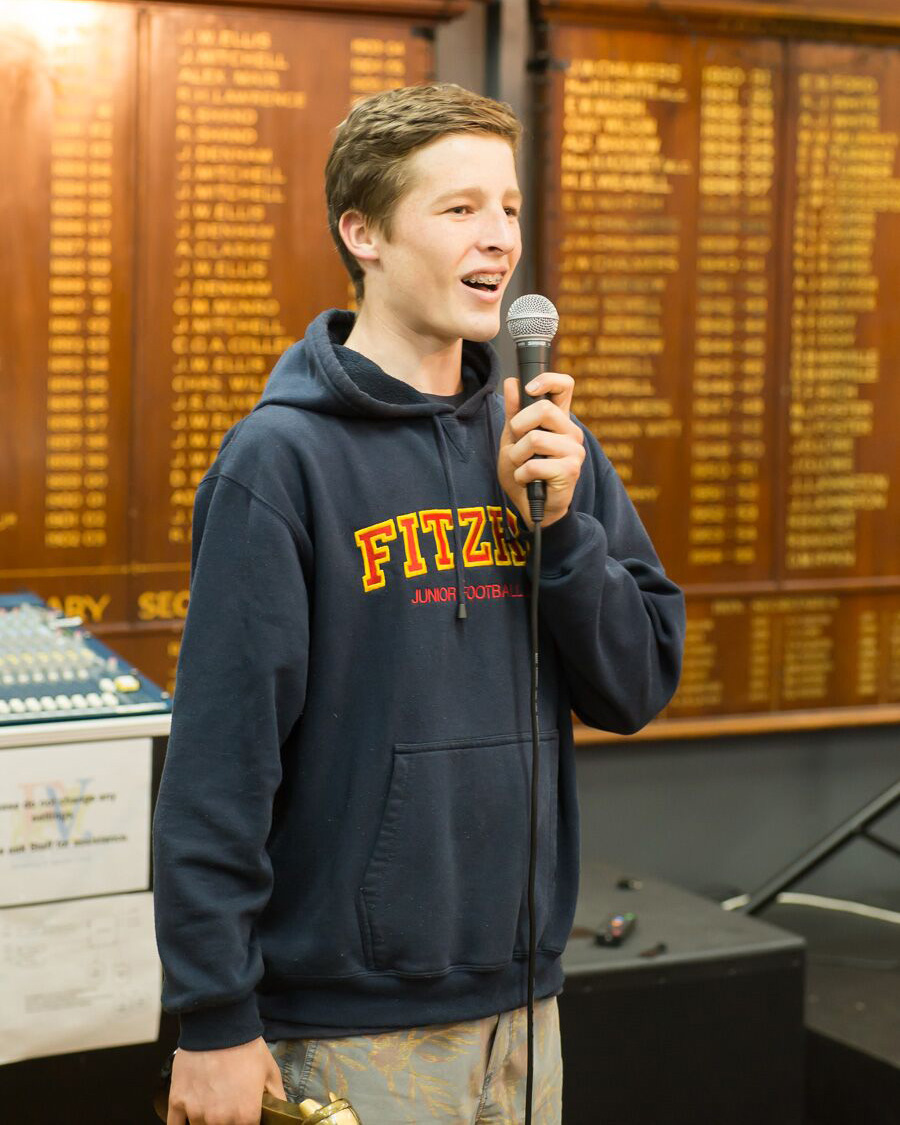 Josh Ward is added to the Fitzroy honour board 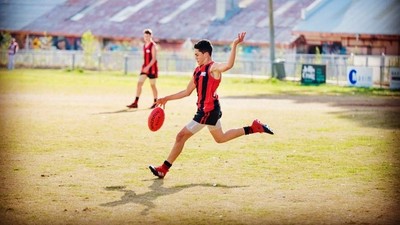 In the lead up to the 2021 NAB AFL Draft, AFL Talent Ambassador Kevin Sheehan is releasing a list of the drafts 'Top Prospects' every Thursd ... 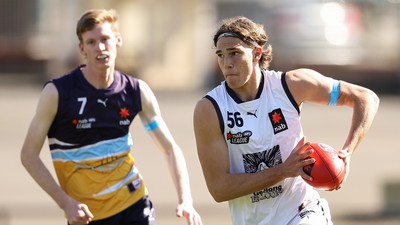 Where they came from—2021 NAB AFL Draft (Tall Defenders)

In the lead up to the 2021 NAB AFL Draft, AFL Talent Ambassador Kevin Sheehan is releasing a list of the drafts 'Top Prospects' every Thursd ...