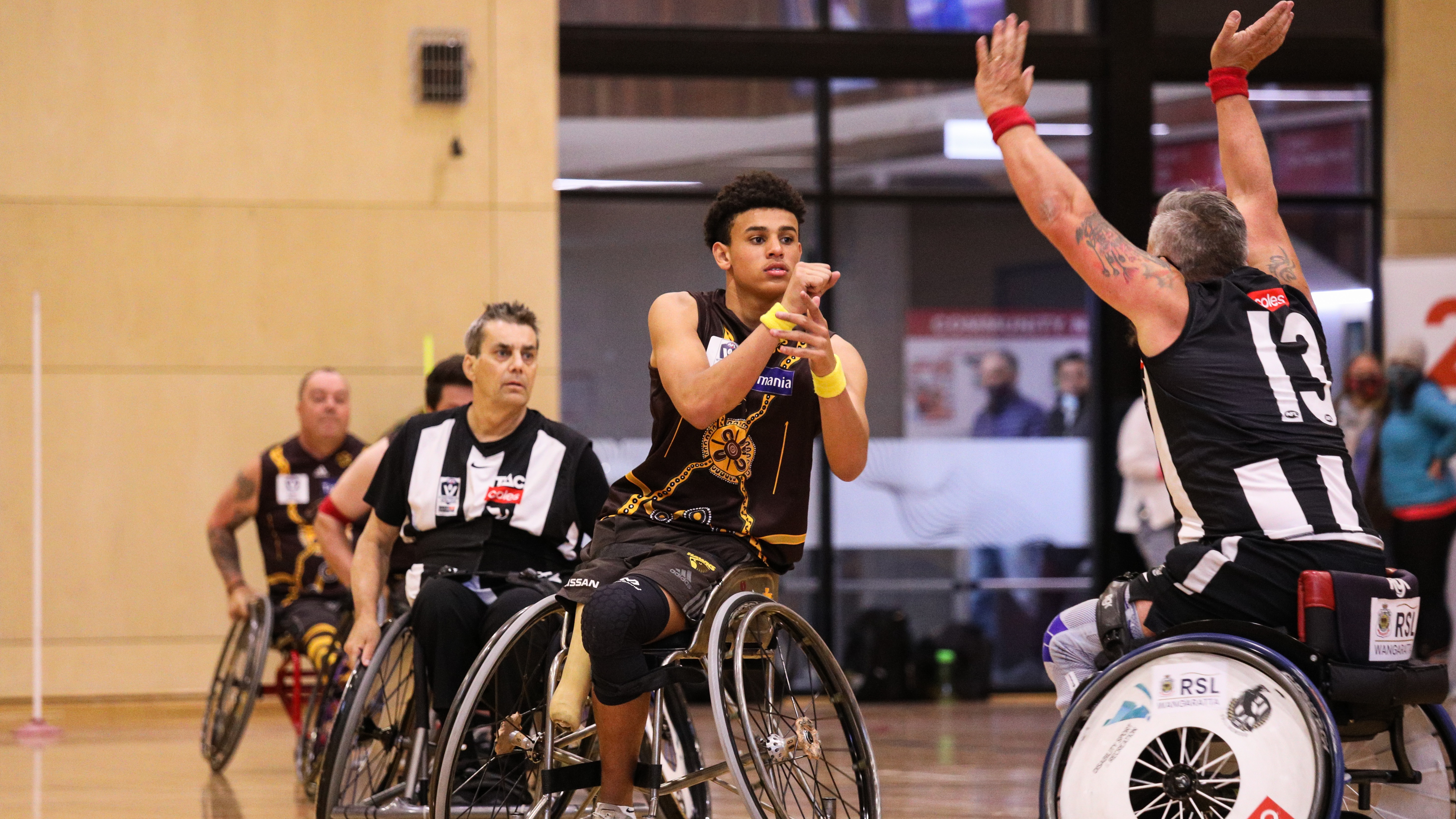 Hawthorn and Collingwood players battle it out in the return of the Robert Rose Foundation VWFL competition. Photo by Nerissa Byrne

In exciting news for community football in Victoria, competitive play returned on the weekend, as our Energy Safe Victorian Blind Football League and Robert Rose Foundation Victorian Wheelchair Football League took centre stage with the resumption of their respective competitions.

Check out our summary of the action in each competition, as we review the results and look forward to the remaining fixtures in the lead up to the finals.

Teams completed rounds three, four & five in a very busy Saturday for the athletes. The games were shortened in order for them all to be completed in the one day.

The players returned with a spark in their step this week. There was lots of fun to be had with players smiling ear to ear all throughout games. It showed that it was important for them all to be back enjoying sport and being a part of the AFL blind community again.

St Kilda had a massive day out winning all three games by a margin of +50. They averaged 10 goals a game and dominated the day in scoring shots. They converted a massive 23 points in their win over the Bulldogs making it scary to think the further damage they could have done. Saturday's results leave them comfortably on top of the ladder with a record of 5 wins from 5 games for the season.

The Bombers had a good day out with two solid matches. Their scores over the Doggies and Hawks saw them win their first two matches of the year, putting them into 3rd on the ladder. Hawthorn only won one game, and their total comes to three wins and places them 2nd. The Bulldogs had a tough day. Suffering three losses they remain last on the ladder.

After five rounds, St Kilda sit undefeated on top of the ladder with Hawthorn and Essendon both in a close battle for second.

The RRF VWFL resumed on Sunday the 14th November with its final round of the regular season. This format ensured all teams would play an even number of games throughout 2021.

There was some fast and furious game play with several close scores. Overall, it was a great day for competitors to get back to playing footy and enjoying themselves surrounded by others.

To begin game play, a tough match between Hawthorn and Essendon brought a win for the Dons. The 16-point deficit would see the Hawks finish below them on the ladder. However, to shake things up, Hawthorn also then brought Collingwood its first loss of the season. Peter Mac Medallist, Jaylen Brown (Hawthorn FC) led his team to beat an undefeated Pies in a win that sees them then face off against Essendon again in a semi-final this Sunday.

Despite their loss, Collingwood receive a pass straight into the Grand Final for finishing first on the ladder with three wins and only one loss. This is to take to place on Sunday 28th of November at 11:30am at the Boroondara Sports Complex.

After the weekend's loss, Richmond will face 2nd place St Kilda in the first Semi Final after having only won one game this year.

The winners of both Semi Final games will face off in the Preliminary Final for the chance to play Collingwood in the Grand Final.

VWFL Results (Final round of matches)

After the regular season, Collingwood finished on top of the ladder and go straight through to the Grand Final whilst St Kilda finished in second.

All matches of the Victorian Wheelchair Football League will be Live Streamed on the VWFL Facebook Page at the below link: https://www.facebook.com/VicWheelchairFL. 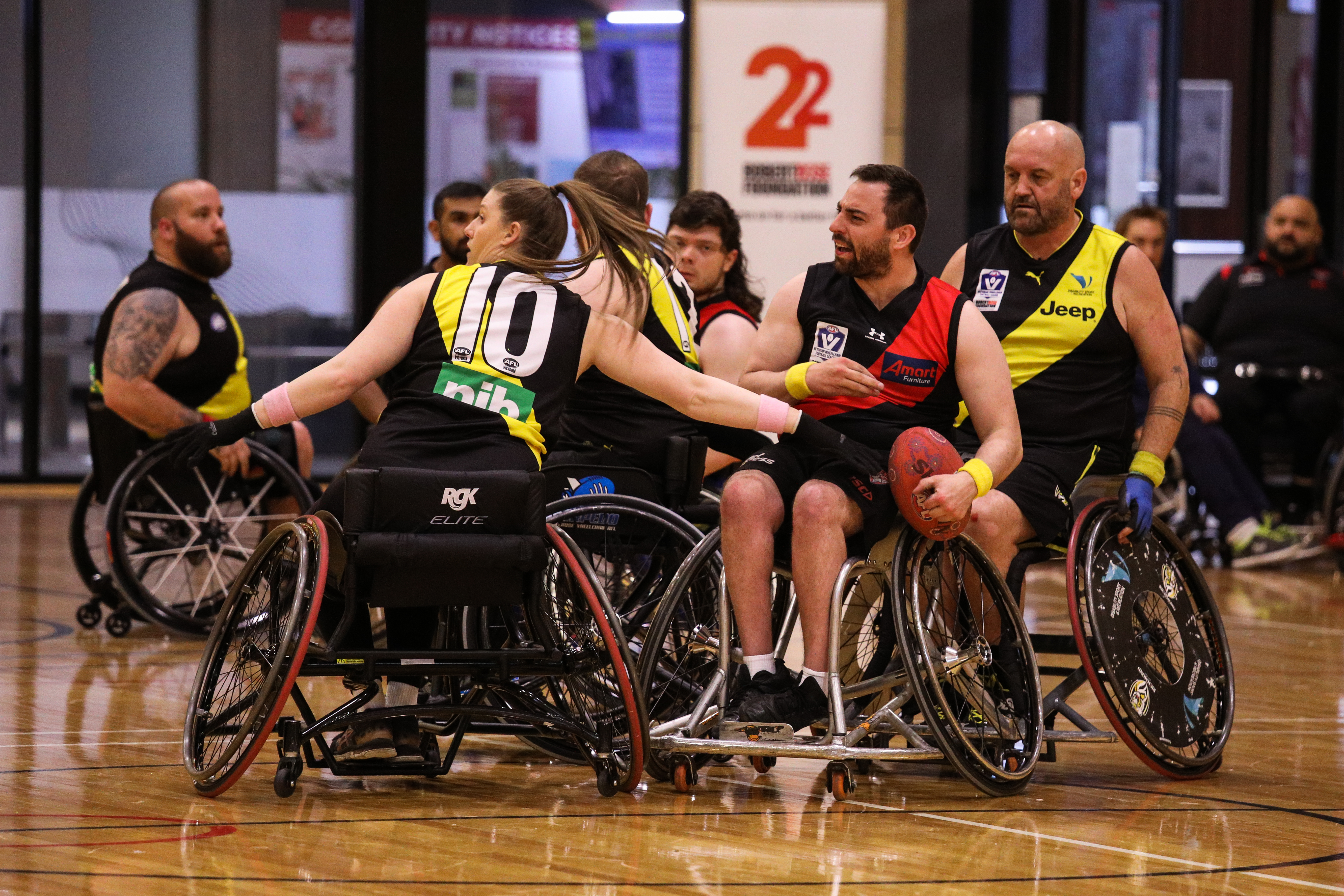