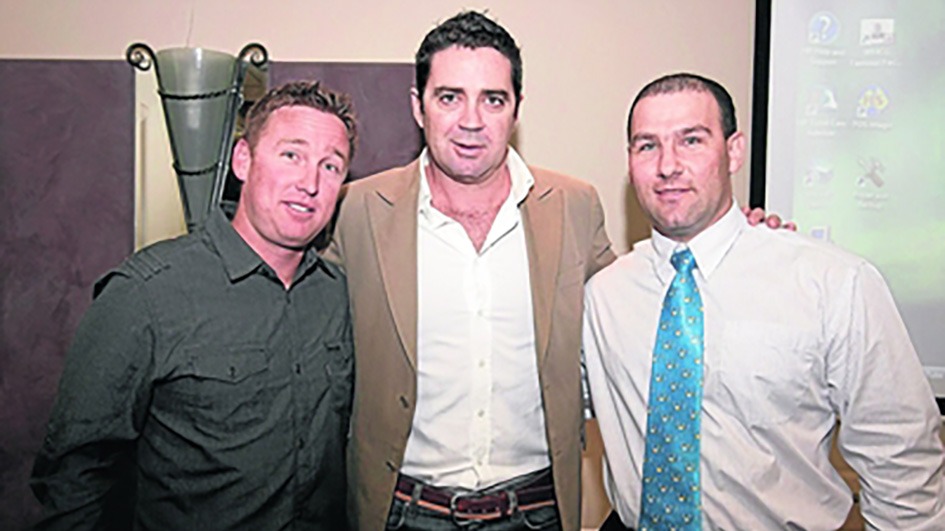 AFL Wimmera Mallee Umpire, Simon Dandy has made a successful transition from player to coach, and now umpire, as earlier this year he officiated his first match in the Wimmera Football League.

Dandy was a prominent player at South Barwon and had successful playing/coaching careers at Horsham United and Noradjuha-Quantong Football and Netball Club.

In 2010, he led Noradjuha-Quantong to a Preliminary Final and was subsequently awarded the Senior Coach of the Year Award in the Wimmera Region.

Dandy’s transition to umpiring has been an enjoyable one, and his story serves as a timely reminder that umpiring can be another great option to stay involved in our game.

Read some of Dandy's best responses to AFL Wimmera Mallee Umpire’s Q&A and find out what he loves about umpiring.

How/Why did you get involved in umpiring:

I realised I was done playing footy when I kept doing soft tissue injuries & would take until Wednesday to feel right again. Also, the young blokes seemed to get quicker and quicker (which is slang for I was slowing down). So after quite a number of phone calls from Cam, I thought I would give it a go. I would have started in 2020 if not for COVID-19.

Favourite moments in umpiring so far?

Getting the adrenaline back from being in a game of footy. I realised how much I missed it. I love the interaction with the players and when they acknowledge a good decision, even when it goes against them.

To umpire more games, learn from everyone around me & keep getting better with every game. I would love to do a grand final one day and experience what that is like behind the whistle, having played in a few.

Just give it a go. The old perception of umpires being constantly abused does not apply anymore. The first question I get asked is “you must have a thick skin”. Whilst I am approaching 20 games or so, I can honestly say I have not copped anything really bad at all. The game has moved on from that which is a great thing. It will encourage more people to become umpires if they are not involved as players.

If you could change one rule in the current laws what would it be and why?

I really enjoyed the 9 point goal when it is kicked from outside 50. I understand that traditionalists will never want such a significant change to occur. However, I reckon that it would bring another dynamic to the game, especially when teams are trying to reign in a deficit. It could lead to exciting finishes to games.

What's been the biggest or best change in umpiring/laws you've witnessed?

The change in approach to the protection of the head & the responsibility of players in this regard. This has been a monumental shift in recent years and certainly a huge change from when I started playing in 1990.

What did you miss most as an umpire during the lockdowns this season?

The fitness, the camaraderie, getting out on the ground and experiencing the adrenaline of the game. You can go for runs and get the miles in your legs, but it does not replicate the game situation. Footy is vital to the local community.