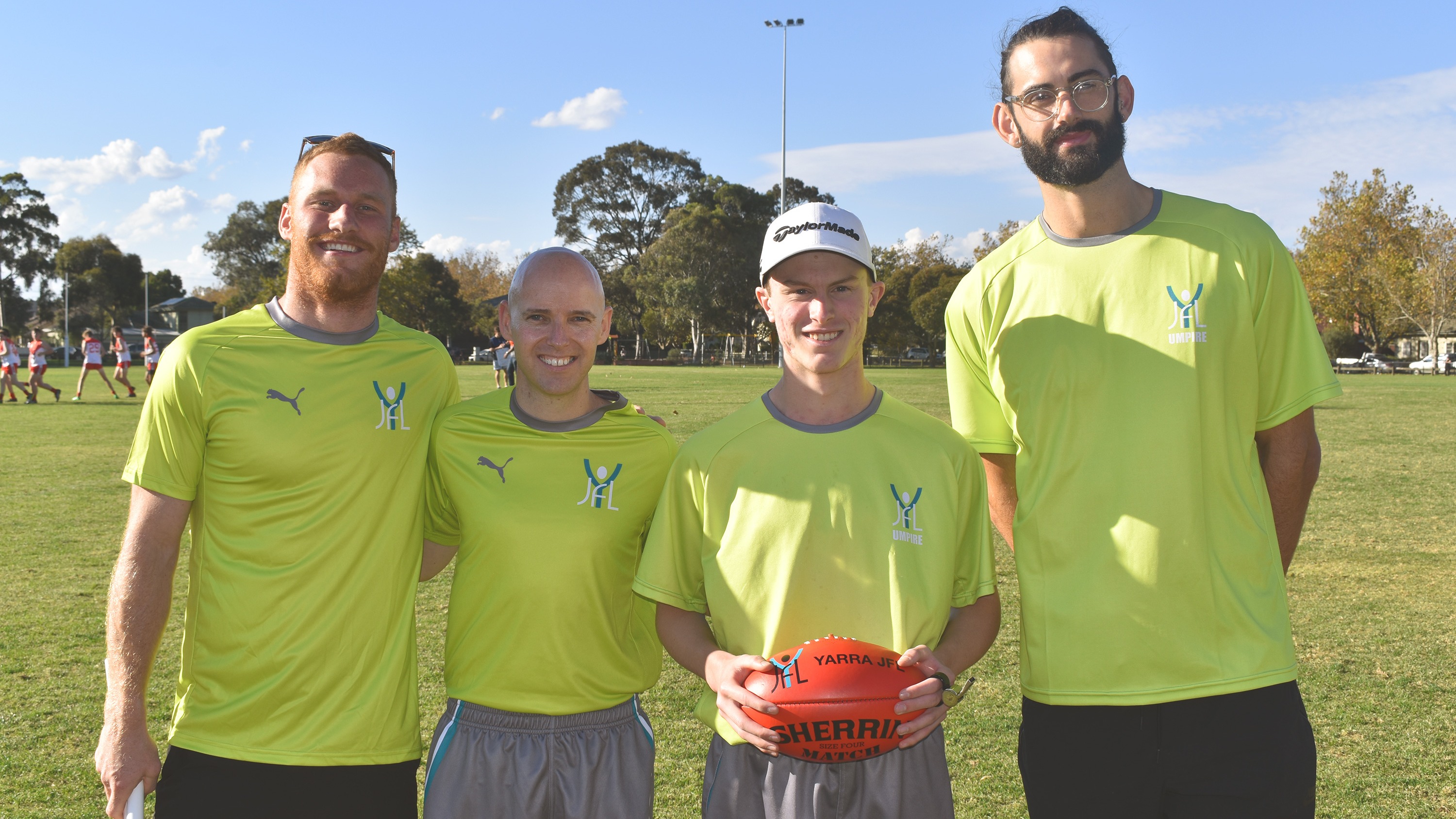 Normally AFL stars Nick Vlastuin and Brodie Grundy can be seen on the MCG and other league grounds playing key roles for their teams, but last weekend they played different but still extremely important roles... as goal umpires in junior club footy.

The pair took on responsibility for waving the flags at the Yarra Junior Football League under 14 match between Parkside and Fitzroy in Alphington, as part of 'Community Umpiring Round', put on to highlight the critical role umpires play at all levels of the game,

Vlastiun and Grundy were among a number of AFL players and umpires who took part in community football matches across the country.

Vlastuin actually reignited his umpiring career as he once was a boundary umpire in the Northern Football Netball League while he played junior football.

Grundy, meanwhile, cruised to the ground on his bicycle as he's a local.

Without umpires, there is no game, and more umpires are needed as the game grows at community level. For more information on becoming an umpire, go to umpire.afl.

Check out some photos from the day: 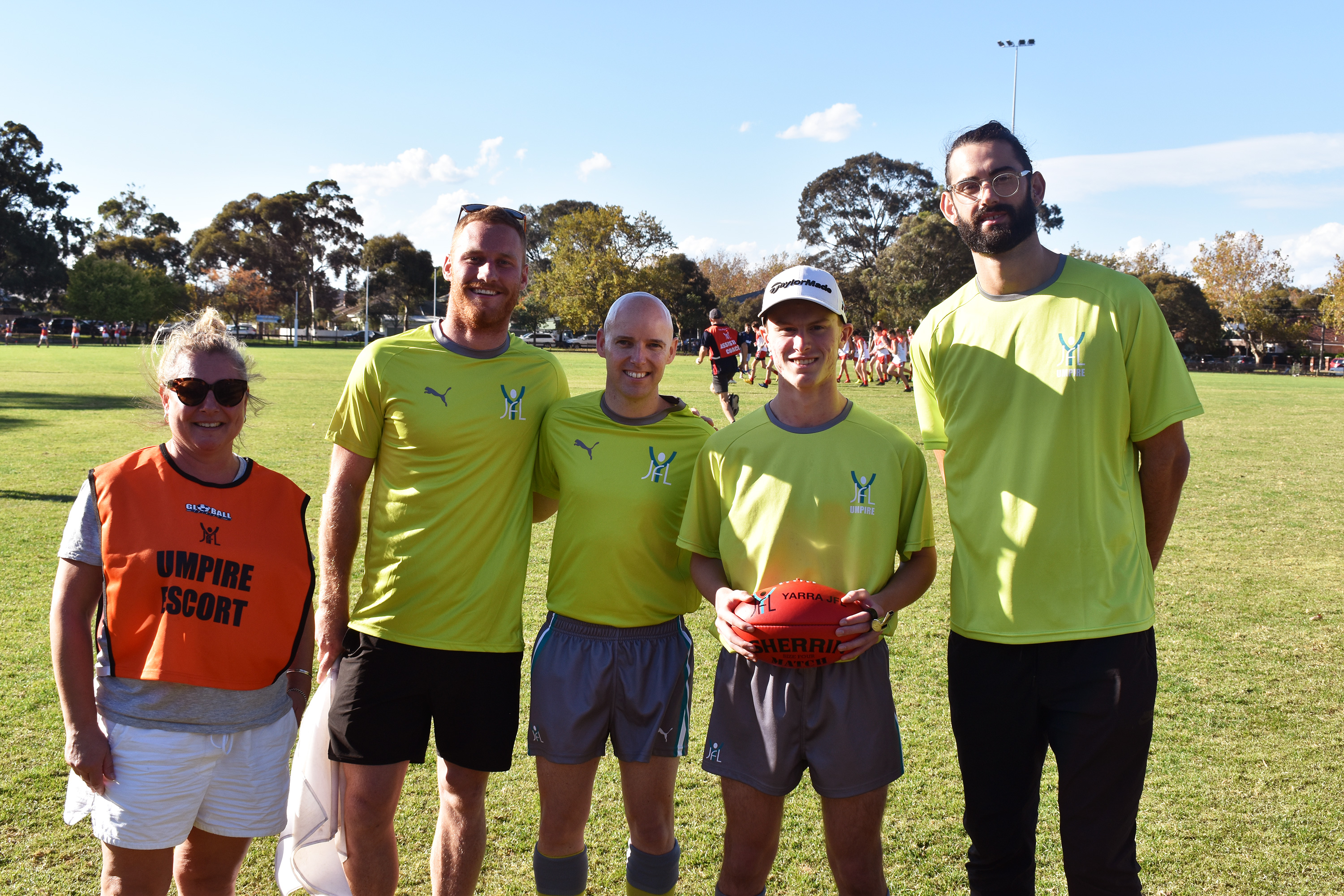 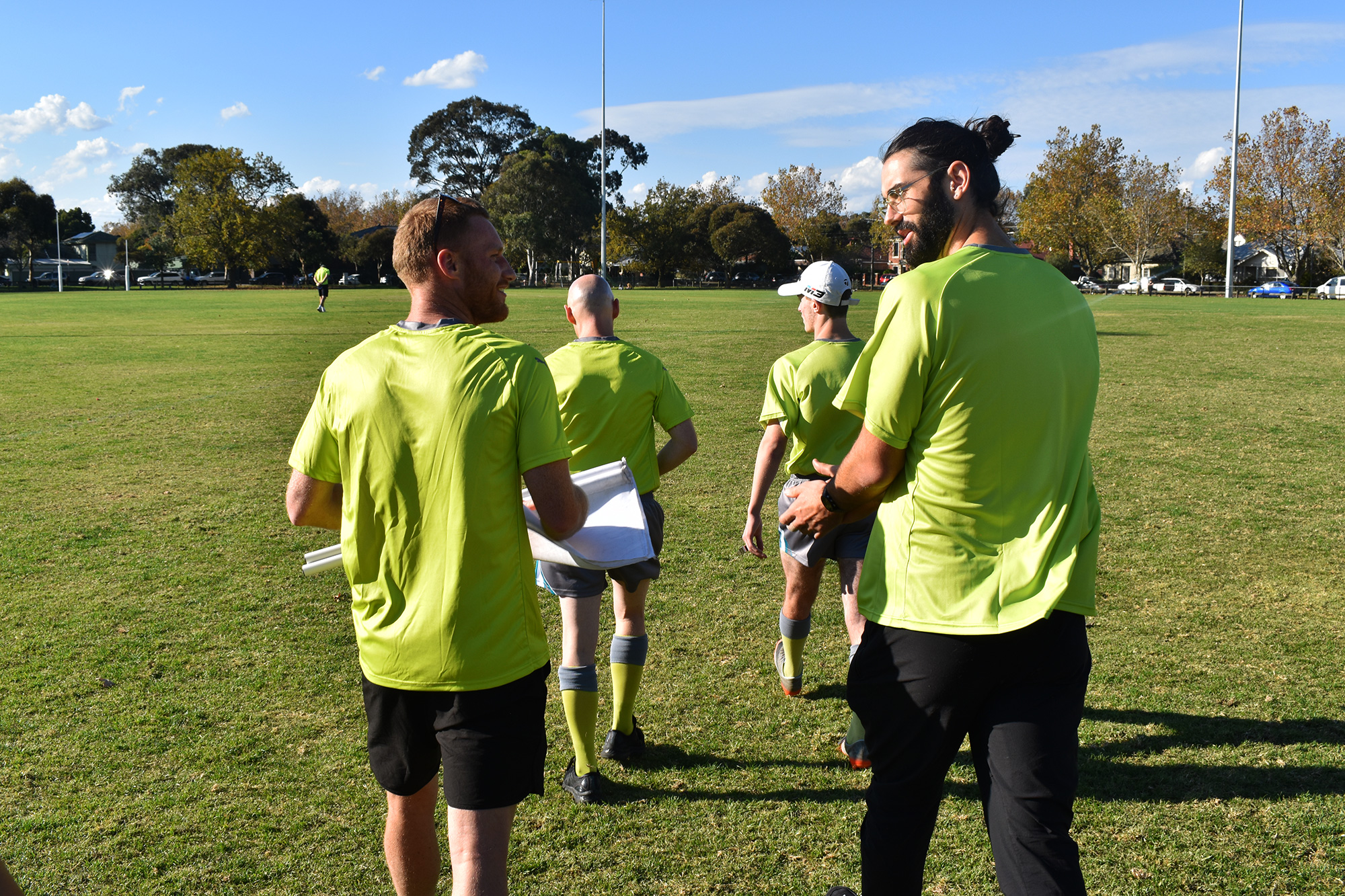 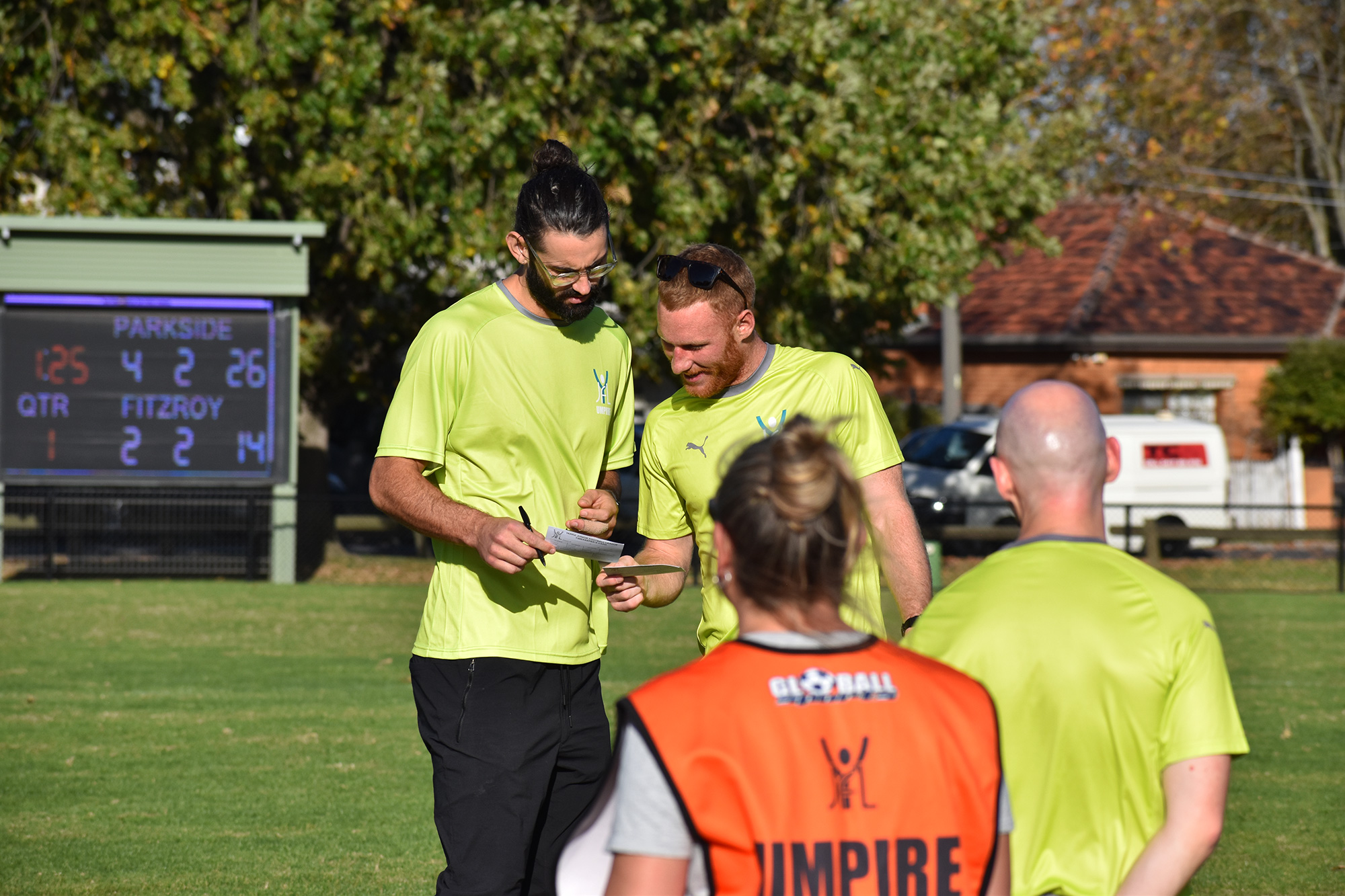 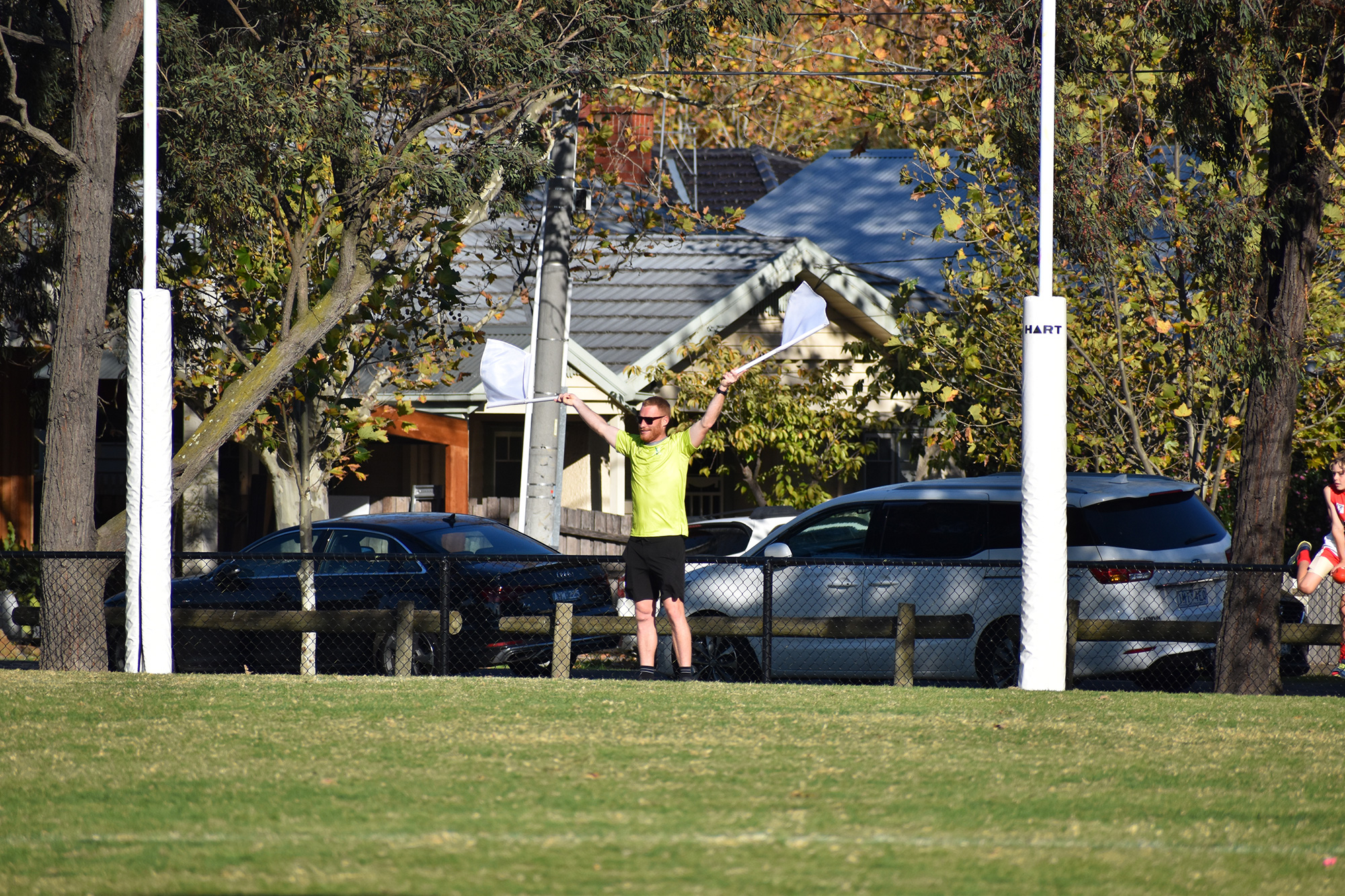 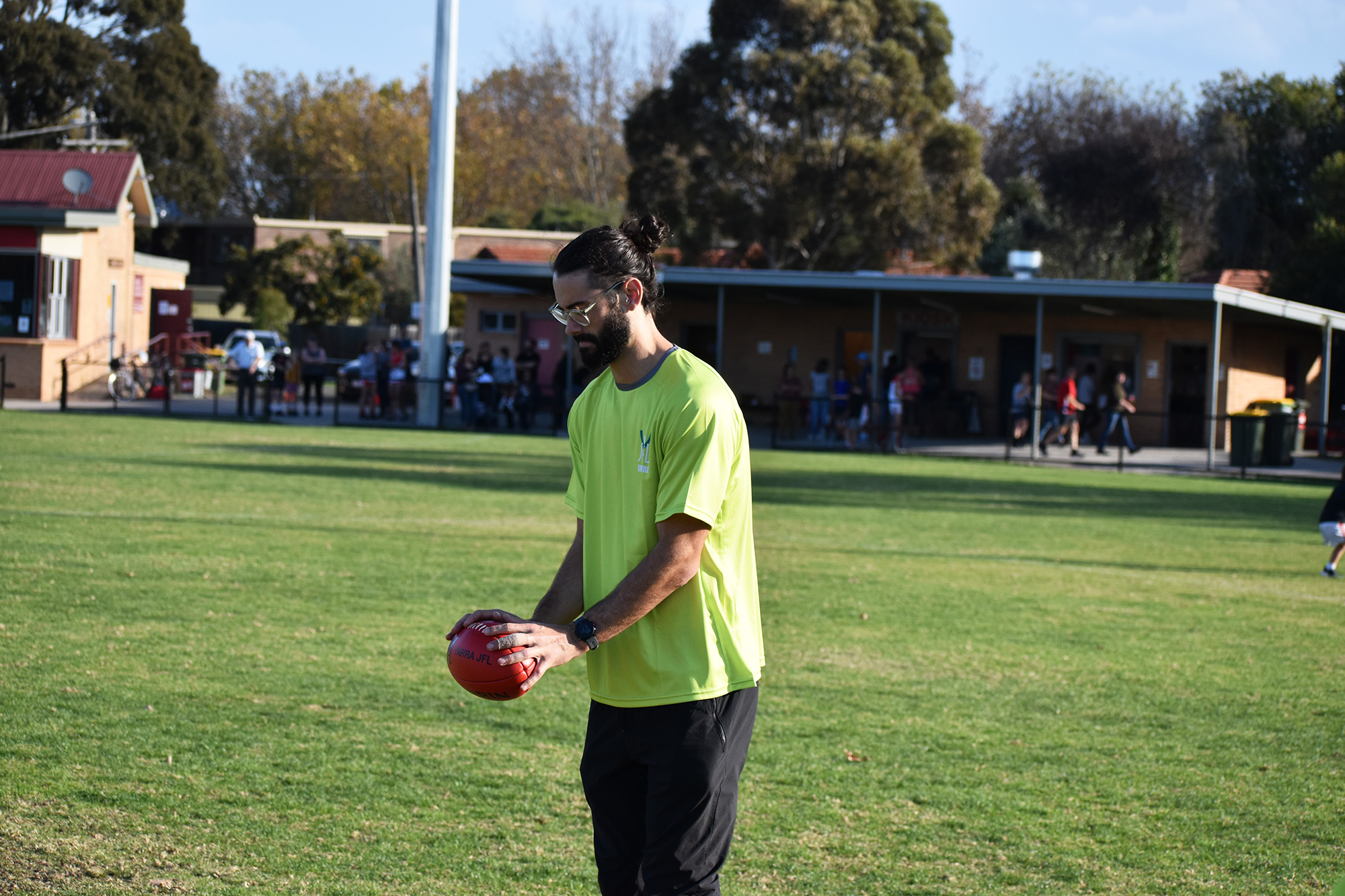