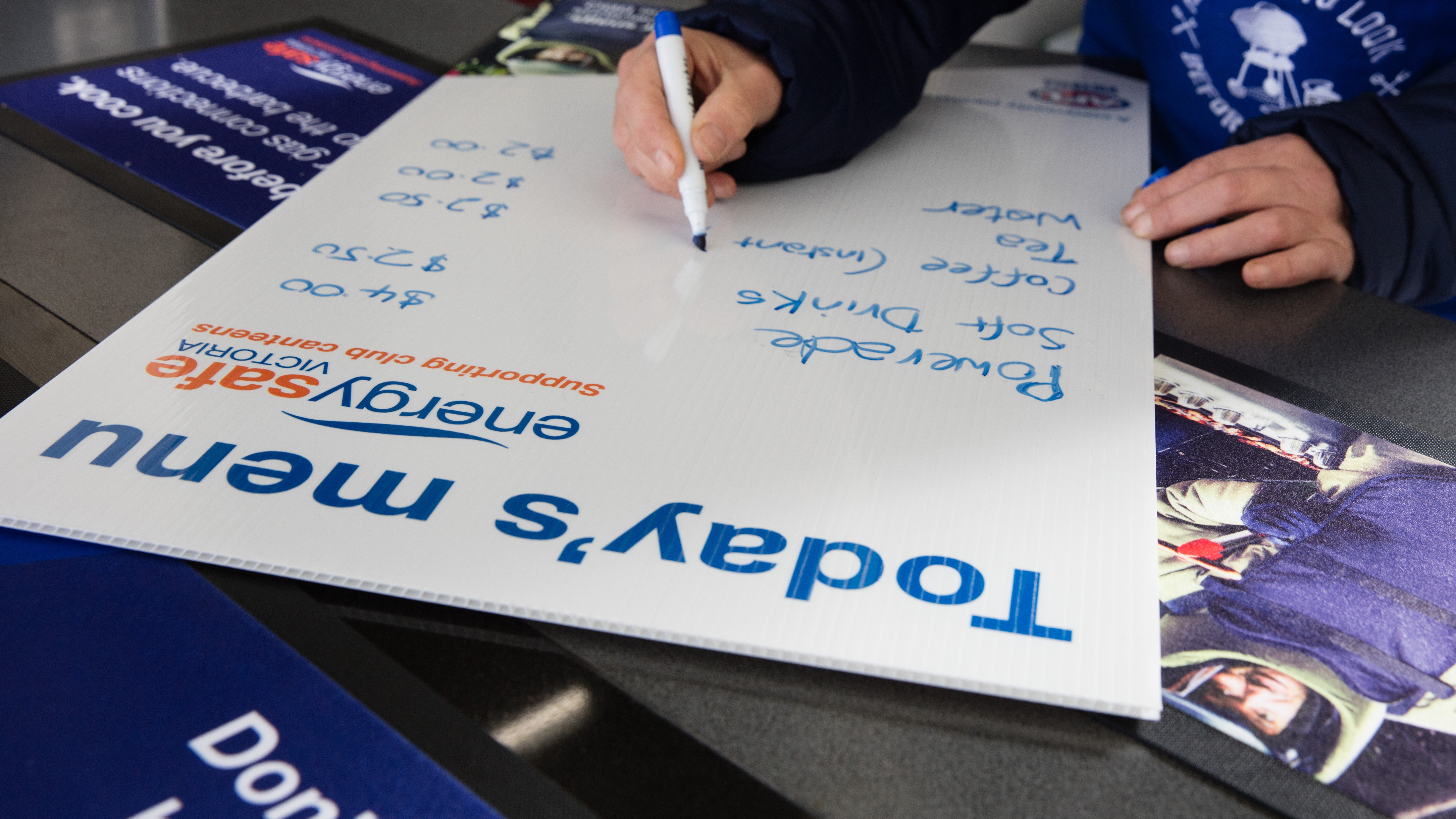 Energy Safe Victoria (ESV) is providing more than $30,000 to community football clubs across Victoria, helping them make their canteens safer.

A total of 32 Victorian grassroots clubs will be awarded grants of up to $1,000 to replace old, unsafe and energy inefficient fridges, bain maries, stoves, pie warmers, steamers and fryers.
ESV’s Safer Canteens grants program, in partnership with AFL Victoria, has now awarded more than $120,000 over the past four years, helping upgrade 132 Victorian canteens with safer and more efficient appliances.
ESV’s Safer Canteens program promotes energy safety at a grass roots level, highlighting risks including:
This year’s program supports clubs as far west as Dimboola, as far as north as Milawa, east to Yallourn and south to Mount Eliza, while also benefitting a number of clubs in metropolitan Melbourne.
Safer Canteens promotes broader energy safety and supports local, regional and suburban community sport – particularly following the ongoing impact of the coronavirus (COVID19).
Many of the people working in club canteens are volunteers who not only support their clubs but, in many cases, also provide meals for the disadvantaged and vulnerable.
“This important initiative helps build and shape metropolitan and regional Victorians who connect to their communities through their local sporting club.”  ESV Commissioner and Chairperson Marnie Williams said.
“ESV’s priority has always been taking action to protect Victorians from safety risks. I am so proud to be able to do that and invest in communities at the same time.”
Brad Scott, Head of AFL Victoria echoed the Ms Williams sentiment, acknowledging how beneficial this initiative is for clubs.
“Energy Safe Victoria’s support ensures our clubs have the opportunity to not only improve their canteen facilities, but to increase awareness of energy safety issues at the community level.”
ESV and AFL Victoria will also open nominations for clubs to celebrate their unsung Canteen Heroes – the canteen volunteers – between Tuesday, 7 and Monday, 20 September.
A $1000 grant will be awarded to the winner’s football club canteen for new gas or electrical equipment.